Song of the 118. Week: "Freeze-out" by Snorri Helgason 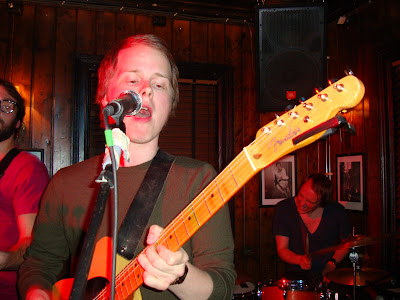 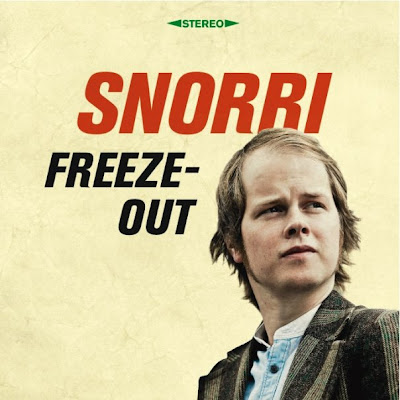 Icelandic Music is very popular on the internet ... 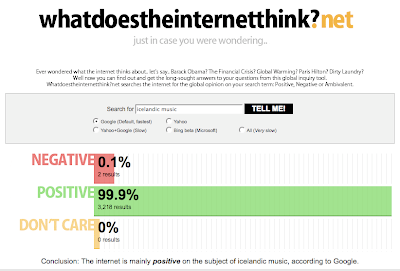 During some live versions of "I go Humble" Björk adds a Michael Jackson lyric at the end - "got to be starting something".
It is rumored that the song "Alarm Call" was inspired by Michael Jackson, which would make sense since the working title was "Jacko".
At the 2000 Golden Globe awards, Björk wore a dress with Michael Jackson's face - all in sequins! Why did she wear such a thing? "Because he's the king!"

She also has been seen wearing another skirt like this, but in different colors.
In 2003, Björk did an In Camera interview at showstudio. One of the questions came from the King of pop himself!
Michael Jackson, Santa Barbara, California: I have always loved and admired your creativity. Nature's struggle to survive alongside mankind has been an inspiration for me: given the natural beauty of your Icelandic homeland, how does nature inspire your work?
Björk: I hope this doesn't sound too naff, but being alone in nature, especially after walking for hours, just puts you in your place and you realise how small you are and how plenty of everything is all around you. Then you just let go and surrender, become part of it. I'm so chuffed you asked me a question! I have to say you're the best, keep fighting and it angers me how cruel everybody is to you. It's like in the US right now, it's illegal to be an eccentric. Maybe people would have been more understanding if you were a contemporary of Ludwig II of Bavaria, who comissioned Wagner and lived with the swans. I listen to Butterflies off your last album all the time. You are a true artist! Thanks for fighting and believing in magic even though the rest of the world have forgotten about it.
Source: Bjorkish.net FAQ
Thx to Beau Janssens 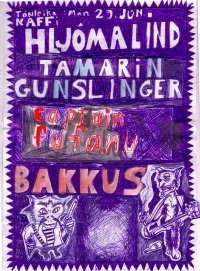 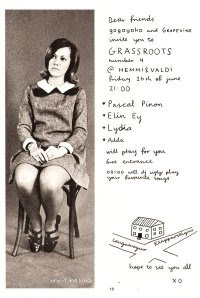 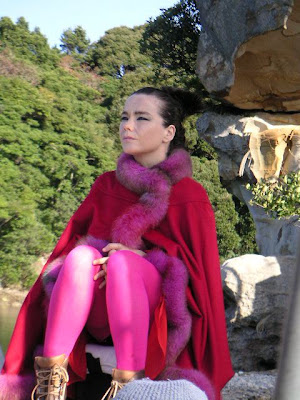 múm in the Spotlight @ IMX

múm - Sing along no matter what

múm are back! Two years after the release of their last album "Go Go Smear The Poison Ivy", the band's fifth album proper, "Sing Along To Songs You Don't Know", is set for release in August on Morr Music.

Recorded in countless different places in four different countries, although most of it was done in Múm's native Iceland. In Estonia they borrowed a beautiful old house in Leigo, a place with hundreds of lakes, where they wrote new songs and recorded with the Estonian Suisapäisa Mixed choir.

It’s a more laid back album than their most recent outings - more relaxed and quietly sad. Sometimes the music sounds naively utopic, but always manages to stay effortless and pure. As usual, the songs are brimming with unusual sounds, this time much of the songs revolve around a lightly prepared piano, hammered dulcimer, a string quartet, marimbas, guitars, ukuleles and if you listen carefully, in the background you can hear Örvar's parent's parakeet singing with the piano...

Ben Frost Live on Icelandic TV back in 2007 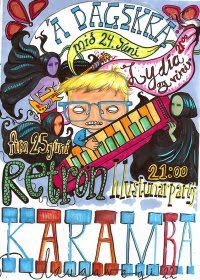 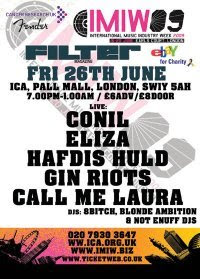 J.J. is touring the American East Coast for the first time. To celebrate this, the CD “And in the endless pause, there came the sound of bees” will be released of Jóhann Jóhannsson´s award-winning score for Marc Craste´s acclaimed animated film Varmints. This is a limited edition of 1000 copies and will only be available for sale on the tour.
USA Concerts with this Ensemble:
Keats Dieffenbach, Caleb Burhans: Violin
Nadia Sirota: Viola
Clarice Jensen: Cello
Matthías Hemstock: Percussion, electronics
Jóhann Jóhannsson: Piano, organ, electronics 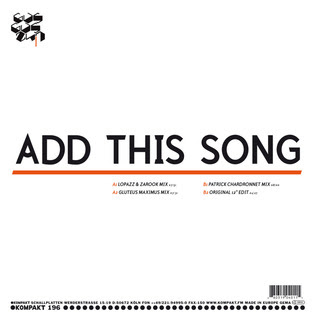 GusGus is back:
Kompakt.fm: Add this song
Since its foundation in the year 1995, Reykjavik's Gus Gus are working hard to make this world a less boring place. Initially tagged by the press as the next big Icelandic music export after Björk, the band swept away all cliché thinking with their highly infectuous metrosexual multimedia pop and secured themselves a deal with the prestiguous 4AD label.  Since then a lot of hot water has been ejected by Icelands geysers but Gus Gus miraculously always managed to combine avantgarde with pop, soul and of most prominently - with electronic music. Especially with their furious live shows they've earned themselves a devoted following worldwide.   This year's September will bring us the release of their sixth studio album that goes by the name "24/7". At this point, we don't want to let too much of the cat out of the bag but it's certainly right to say that they've once more reinvented themselves and the result is truely breathtaking. As we're convinced that the world-embracing harmonies and impeccable catchiness of "Add this song" should be heard during this summer season, so we've decided to already share this with you now.
The remixes all sound as excellent as their producers:
Patrick Chardronnet, Lopazz & Zarook, Gluteus Maximus & Klovn.
Here is the 12" Edit:

Another one by Patrick Chardronnet: 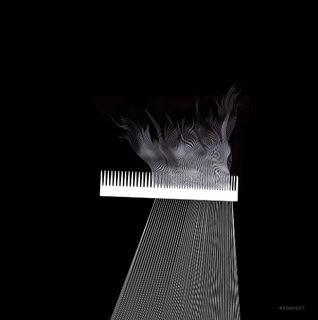 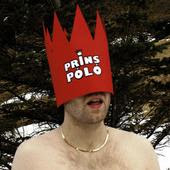 "Man with a very big fish"

Upcoming gigs in Reykjavik in June 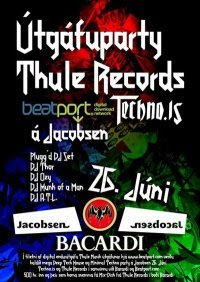 The History of Icelandic Rock - Part 5

The Beatles had completely changed the landscape of the pop scene and therefore, by 1965, every Icelandic garage was full of young boys (and way too few girls) belting out Beatle covers and other hits du jour. The Swinging Blue Jeans, The Searchers and Brian Poole and the Tremeloes – all second division beat groups from Britain – had already visited Iceland when The Kinks came in September 1965. By now The Kinks were highly popular thanks to their megahit, "You Really Got Me". The band wasted no time and started their set with that song, making the crowd of 800 in Austurbæjarbíó cinema break out in a frenzy. Kinks played four nights in a row, eight shows total, and Ray Davies allegedly wrote his semi-hit “I’m on an Island” while holed up somewhere in Reykjavík. Footage made by a Swedish TV crew from one of the shows can currently be found on YouTube.
The Beatle-craze took Iceland by storm. After Kinks came Hollies and Herman’s Hermits, and The Beatles film A Hard Days Nights was a smash hit. Minor league beat-groups Tempo and Bravo from Akureyri had supported The Kinks. They never crossed to the major division by releasing a record. Other minor league beat-groups of the sixties had names like Tónar, Fánar, Ómar and Sómar, all echoing the main band’s name, Hljómar.
While Hljómar were busy getting their wild fuzz beat rock heard abroad (as Thor’s Hammer), other Icelandic acts grasped at the beat pop crown. Óðmenn, Toxic, Sóló and Tónar blossomed in Hljómar’s absence, but Dátar (The Soldiers) soon became the ruling beat band. Decades later, the tragic fate of all the members but one has wrapped the band in cryptic aura.
Immediately after forming, Dátar began playing a lot and soon gained popularity with their trustworthy covers of the newest hits by groups such as The Who and The Kinks. Their first EP was released in February of 1966. It had three songs by the band’s mentor and organist Þórir Baldursson, plus one cover song. During the summer of 1966, Dátar ruled the ball scene. Their singer Rúnar Gunnarsson, then only 18 years old, started to write songs and on the second EP that came out in 1967, all the songs were written by him. Of those, "Gvendur á eyrinni" – a song about a lonely old sailor – was a huge hit. It has lived on to this day as an Icelandic pop classic. The original guitarist and the band’s founder Hilmar Karlsson left in 1966, and was replaced by a guitarist called Magnús Magnússon. Dátar were very popular during the summer of 1967. The band toured fiercely and by all accounts there was a lot of drinking and partying involved. Karl Sighvatsson – a legendary musician that later played with bands such as Trúbrot and Þursaflokkurinn –had joined, and the band was the island’s tightest beat combo.
In the autumn of 1967 Hljómar returned. They wanted their throne back and news spread that the band was working on an album. Dátar had no other option but to make an album too. That was not to happen, unfortunately. “The guitarist Magnús had never been a part of the band,” says Þorsteinn Eggertsson, the bands lyricist and friend. “He never came to parties and always vanished quickly after gigs. He seemed almost like an aliento me. He was the first of those guys to commit suicide. There never was another guitarist in Dátar.”
Magnús’ suicide in 1967 was a blow to the band, and when Karl left to form Flowers, Dátar were over. Rúnar joined Sextett Ólafs Gauks, a very popular but not very hip “oldies style” pop combo. He wrote few songs with the band but left in 1969 to form Tilvera, a band he stayed with for a short time. Rúnar’s trip to the top of Icelandic pop scene had been quick, but his way down was slow and drawn out. He grappled with mental and drinking problems and lost the battle late in 1972, when he committed suicide. This was only few months after he had released two new original songs on a solo single. Rúnar Gunnarsson was only 24 years old. The original guitarist Hilmar clocked off in 1978, Karl Sighvatsson died in a car accident in 1991 and Stefán the drummer died of cancer one year later. This left bassist Jón Pétur the only surviving member of Dátar, Iceland’s most tragic band. 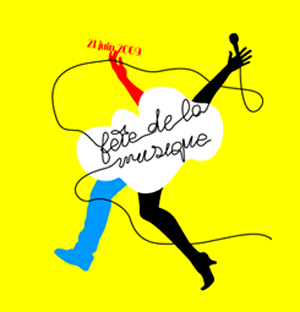 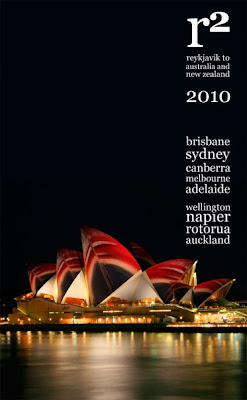 For April 2010 the Reykjavik to Foundation plans to do a one month festival tour around Australia & New Zealand with 6 festivals for the Aussies & 4 for the Kiwis. Confirmed venues are the Brisbane Powerhouse, the Melbourne Arts Centre & even the Sydney Opera House.
For more information go to Reykjavik to.
Birt af Wim Van Hooste kl. laugardagur, júní 20, 2009 Engin ummæli:

Shugo Tokumaru with Amiina as guests
Wednesday 1. July @ 20:00-22:00
The young and multi-talented Shugo Tokumaru and his band visit Reykjavik before performing @ the Roskilde Festival in Denmark. Icelandic Amiina will join as guest-performers on selected songs.
www.101tokyo.is

Björk Live @ Most Wanted: "Come to me"

Björk @ Most Wanted
"Come to me"
www.youtube.com/v/5Gl_YaPSdGo&hl&fmt=18

Efnisorð: Björk Most wanted life Come to me Iceland Icelandic music I love 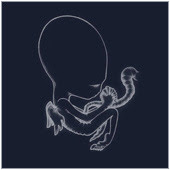