Video Song of the 3. week - Plastic Lions by Eberg 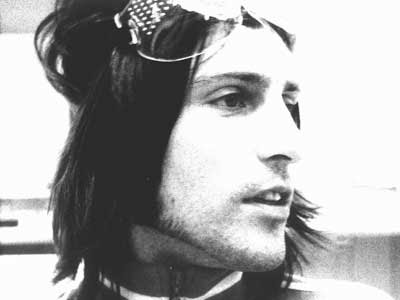 Einar "Eberg" Tonsberg's 2004 debut Plastic Lions laid down his marker as one of the most original laptop troubadours around, with whimsical songs about lions and seals and smoking film stars set to distinctive arrangements of heavily treated sounds which somehow managed to retain an airy accessibility. Much the same applies to Voff Voff, except that the songs are built around firmer skeletons, with Eberg's acoustic guitar consolidating the bricolage of samples, electronica and found-sound patinas, a blend similar to that employed by nu-folk combo Tunng. The songs are mostly about childhood, and reluctantly growing up: in "Twinkle Tune", a nursery rhyme triggers memories of long-ago holidays on a farm where "the shells and sheep legs brought us a new world"; for the delightful "Love Your Bum", a sensual, romantic lyric is created entirely from toilet-roll ad-bites ("supersoft and extra strong, tuggable and huggable"); while "Sober in June" finds our hero promising to "bounce off the sofa before noon" to try to find "the flavour of success", though without too much conviction. When your talent is as fragile and individual as this, perhaps it's best to leave it germinating on the sofa a while longer.