Back in the old days downtown Reykjavik, before the fire came and/or the sledgehammers ;-)
1993 DJ Dom 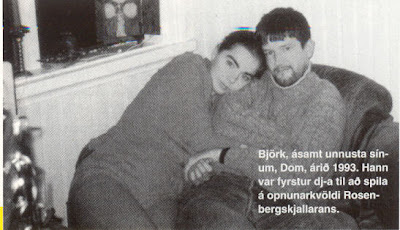 Björk together with her boyfriend of that time, Dom T aka DJ Dom Thrupp (from the Bristol scene) in ther year 1993. It is widely believed that Björk's song "Venus as a boy" is written for him.
He was the first DJ to play at the Opening of the Rosenberg Basement.
1996 Björk's Party 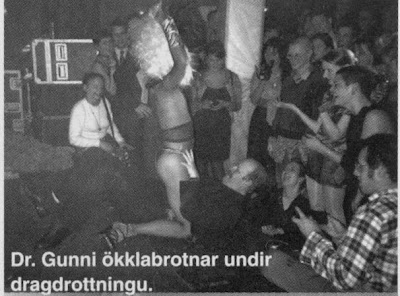 Party of Björk Gudmundsdottir @ Rosenberg basement, in her days with boyfriend Jungle King Goldie, 1996. Derek Birkett, the boss of One Little Indian label was in the country as well.
On the picture above you see Björk filming Dr. Gunni (Gunnar Larus Hjalmarsson dancing a darradardans with a drag queen) with a handhold camera.
1998 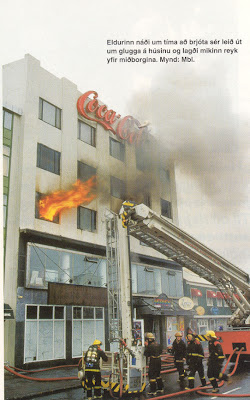